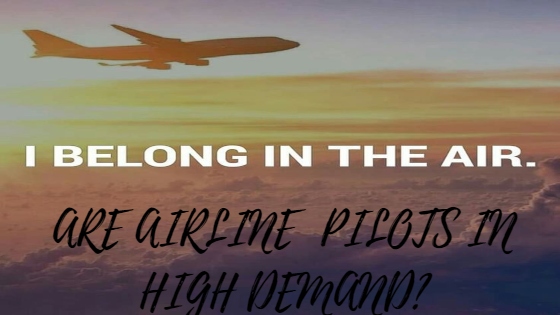 I read the question, “Are Pilots In High Demand?” every time I see any aviation news article. Sometimes the article asks, Is there a pilot shortage?

Since the beginning of the health crises in 2020 when the Airlines and everything else began to meltdown the Airlines furloughed thousands of pilots. Now the crisis is a huge pilot shortage.

“Are Pilots in High Demand?”

Yes. Absolutely, yes. Boeing estimates a need for 612,000 pilots in the next 20 years. Other sources’ estimates are considerably higher, and I agree.

Through the past 50+ years that I have been involved in aviation, I have witnessed many turns in aviation furloughs. Then sudden spurts in hiring.

During the Viet Nam war, the Airline industry hiring was dominated by extremely well-trained pilots returning to civilian life. After all these pilots were the best-trained pilots the world could offer. A job as a Flight Instructor was impossible to find.

It was a time when becoming discouraged with an aviation career was easily acquired.

During the following years, the airline industry followed the economy in its ups and downs as it always does.

The Coronavirus pandemic was another disaster of airline economics and now we are back to the upswing in hiring that may be the largest ever.

There are no accurate numbers that are available for the number of pilots who moved on to other professions during this past downturn.

These numbers are large enough when you add the retiring pilots of 2020 and 2021 to heavily impact the pilot shortage that exists today.

Estimates of pilot retirement are 4200 pilots this year alone. That is people 65 years of age and they must retire on the day of their 65th birthday. Which is another ridiculous requirement the FAA imposes as a penalty to healthy pilots.

Pilot retirement is another issue that needs to be addressed.

An airline pilot advisory group for professional pilots states that around 9000 pilots will be hired next year. That will rival the hiring numbers of three decades ago.

If Boeings estimates over the next twenty years are accurate, (612,000), the hiring numbers would be significantly higher.

It makes me wonder whose numbers are accurate, nonetheless, there will definitely be a lot of pilot jobs available.

I am led to believe that these numbers are somewhat accurate since one major U. S. carrier is looking to hire between 5 to 10,000 crew members inclusive of Flight Attendants, in the coming months.

You may read more about these pilot numbers in the Occupation Outlook Handbook here.

Airbus and Boeing aircraft sales estimates seem to bolster the bullish outlook for pilot hiring as it takes 5 crews to operate each aircraft that is built.

In my opinion, these construction numbers for aircraft are a very powerful case for new pilots in spite of the number of aircraft that will be built as replacements for aging worldwide fleets.

Considering the stunning technological advancements over the past 100 years in aviation I am led to believe that opportunities in aviation may be far greater than we really know.

What types of pilot jobs besides the airlines might the next 20 to 30 years unfold for us?

Are space pilots going to become a norm in society as more space travel becomes available and colonization of other planets occurs as Elon Musk is planning?

I really think flying jobs are a strong safe bet for longevity, at least over the next 40 years.

Men and especially women can look forward to fruitful careers in aviation.

The outlook for those in flight training careers is very strong as well. It is quite true that according to The Redbird Simulators study over 60% of Americans have no interest in flying but that still leaves over 40,000,000 potential pilot trainees in the U. S. alone. That’s a big number.

The flight crews that will be at retirement age 40 years from now may very well be the end of flying as we know it. Would that truly end the “Golden Era of Flight” or did that die at the end of the 1960s?

I won’t able to see the final truth as I would need to live 110 years.