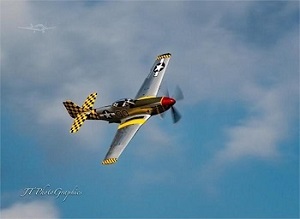 “Can a Fighter Pilot Become a Commercial Pilot?” may seem to be a strange question to some people since military pilots have the best training the world has to offer.

It truly is quite a  complex question. The thought process of flying commercially and flying militarily is a completely different scenario.

The airlines have long lines of military pilots present and past.  Military pilots have been trained by the best to be the best. Consequently, they have been preferred by airlines for many years.

Not only because they were trained to fly professionally and their skill was tested and then tested again. They were also taught to fly within the boundaries of the most stressful situations a pilot can endure. Each flight to them was a matter of life or death.

Let’s consider some of the traits that the fighter pilot has that makes them ideal candidates as airline pilots.

Can a Fighter Pilot Become a Commercial Pilot?

As long as a military pilot can prove their qualifications and meet the standards of the Federal Aviation Administration or the International Civil Aviation Organization they most certainly can be and quite often are hired on to be commercial pilots in all areas of commercial Aviation.

Military pilots no doubt have the best equipment and the best training offered in any type of aviation environment. Those lucky people chosen to fly for the military are in the top physical and mental condition possible, They are required to maintain those high standards.

I certainly do not mean to imply that commercial aviation training is any less rigorous than military training I’m simply stating that the military standards for physical and mental conditioning are much greater.

A distinct advantage the fighter pilot has is the training in the attitude of “you do not fail”.

Military pilots are trained in discipline and leadership. They learn to give orders and to take orders from their superior officers. This provides the people in their crew to remain motivated to complete the mission.

This gives them a certain advantage over a civilian pilot applying for the same position.

Situational awareness in any capacity in aviation is foremost but more so with the military-trained pilot. They must not only be aware of what is going on in the airplane they must have a high degree of awareness outside of the cockpit. Formation flight and combat readiness make a pilot’s workload very demanding.

This is an area that the trained fighter pilots have a distinct advantage over any other applicant.

Not only do military fighter pilots learn the skills of teamwork through their learned expertise of management but they also possess the very necessary skills of being able to create a plan. We all know the necessity of proper planning for any type of flight. These pilots are trained to be very good at planning and managing personnel and equipment.

These people have been taught to be dependable and it’s necessary. These folks are going to be “up to speed”every time because it is required of them.

The quality of dependability is extremely essential, not only of being on time but because it’s essential that the outcome of the task at hand is well planned and executed.

This is a real feather in one’s cap when being scrutinized by the airline hiring personnel.

The cockpit of any aircraft is certainly not a place to “lose your cool.”

Military pilots become accustomed to working very long and arduous hours and manage to remain focused even though the pressure may be extreme. These are the kinds of people there are critical and any type of in-flight incident or emergency. This type of acute necessity is exactly what airlines are looking for.

It’s a pretty nice feeling to know that the person that you’re flying with is going to be doing everything in their power to be of the most assistance.

I will be the last one to tell you that just because a pilot came from the military that they may not have some flaws. There seems to be always an ******* in every group.

I have had the honor and privilege of flying with both civilian and military-trained pilots and I will not say one is better than the other.

Fighter pilots might be really great at landing on a carrier deck but some took a bit of time to not slam the landing gear into the runway flying the Boeing.

Military pilots are still sought after by the airlines and I will venture to say that most of their resumes seem to get to the top of the stack quite rapidly.

Do take the time to familiarize yourself with the pertinent information that you will need to convert your license. There’s a good article here that will help you.

Read the rules and regulations of whatever agency you are attempting to acquire your license with. Part 61 (Regulation 61.73 14 CFR 61.73)  of the Federal Aviation regulations will tell you the rules about licensing. And it’s a really good idea to read part 135 and part 121 regulations as well. I know it’s boring but do it anyway. It will make your life a lot easier.

If you live close to a flight standards district office (FSDO) pay a visit you’ll be glad you did.