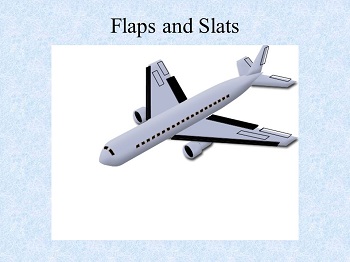 Many people have asked me when flying, What Is That Sinking Feeling After Take-Off?

It seems that more people experience this than not so I think it is an excellent question.

Let’s look at the reasons that cause this.

What is the Sinking Feeling After Takeoff?

The Sinking Feeling after take-off is caused by reduction in thrust, retraction of Flaps, and the aircraft leaving ground effect causing momentary loss of lift.

Aircraft have massive thrust available, and all airplanes of every make and model have different thrust or power settings for each configuration of flight. Takeoff, chimb and, cruise and, are examples.

Maximum takeoff thrust, (MTO) is the highest amount of thrust an aircraft is allowed to use in the first 5 minutes of takeoff and flight.

Thrust is conditional on the amount the aircraft weighs and the length of the runway (among other things).

Heavier airplanes on short runways need more thrust than a light aircraft on a long runway.

The feeling of being pushed back in your seat is when the brakes of the aircraft are released at takeoff thrust.

Then the weight of your body is pushed back into the seat because of the force applied to the aircraft by the engines.

Aircraft speeds are critical to the safety of flight so it is critical that the aircraft reaches the speed at which it will fly as quickly as possible.

Once again we must consider the four forces of flight and the critical factor in takeoff is thrust overcoming weight.

Engines that produce 22,000 pounds of thrust each create a pretty good push and naturally you feel it accelerate so you get pushed into your seat.

The thrust of an airplane’s engines overcomes the drag of the aircraft.

3. Gravity or No Gravity

At a reference speed computed by the weight of the aircraft, the airplane will begin to fly.

One additional thing that helps the aircraft fly is the “ground effect” which is like a cushion of air between the runway and the wing.

Once this force is diminished and the aircraft lifts off a person may feel a slight sensation of sinking.

A person can feel positive or negative G’s in an airplane.

A good example of this is when the pilot pulls back hard on the yolk, you will feel the pressure pushing you down into your seat. (positive G’s).

When the pilot pushes the yolk forward you will have a sensation of negative G’S and you will know it when you’re body is pulling up on the seat belt.

If you’re not belted in you can literally float. I don’t recommend this.

Whenever I fly I always have a seat belt on unless I need to move about the cabin. I had to bounce my head off the ceiling a few times to realize that I needed to do this!

Whenever there is a reduction in power or the retraction of flaps and slats there will be a subsequent feeling of sinking.

When a large aircraft is configured for takeoff it will have its slats and flaps extended to increase the lift of the wing.

Not all fixed-wing aircraft have slats, and they are not really noticeable unless you are sitting ahead of the wing.

Some aircraft also have a flap on the leading edge of the wing between the fuselage and the engine. Both of these devices are designed to increase the lift of a wing.

When the aircraft becomes airborne and a positive rate of climb is established the pilot flying will call for the gear up.

You might hear the doors close but it’s unlikely that you will feel much of a difference in the airplane.

As the airplane accelerates the flaps and slats will be retracted as speed increases.

The power reduction from take-off to climb and retraction of the flaps and slats can create a sensation of sinking.

All of these variables mentioned above contribute to the question, What is that sinking after take-off?

It’s the same thing when you get to fly a new or different aircraft.

What I have described here is about getting the feel of an airplane and that the feelings are not things that are out of the ordinary or cause for alarm.

I fly an aircraft by the feel of it.

I can tell when the aircraft is doing something that I don’t want it to do and since I know the feeling I can react quickly and remedy the situation.

This is how I teach flying.

Learn to feel what the airplane is doing and understand why it is doing it.

RELATED: Do Planes Use Less Fuel at Higher Altitudes?