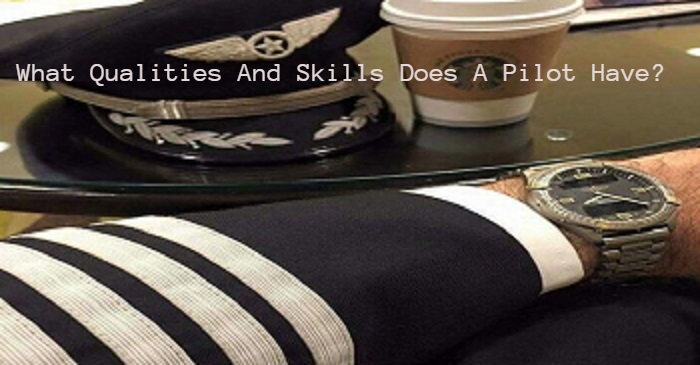 What Qualities And Skills Does A Pilot Have? Throughout the history of Aviation, there have always been many heroes that number the ranks in the last century and beyond. Both men and women. Some lost their lives so that we could travel in safety.

What Qualities And Skills Does A Good Pilot Have?

Pilots are dedicated to the safety of flight. They are thinkers and self-disciplined. People who never stop learning and take pride in a job well done. All strive for excellence while maintaining personal integrity. They are above all else trustworthy and loyal even when in harm’s way.

1. What Makes A Good Pilot?

Quick thinker/disciplined. You will always be tested and you may need to make a decision that breaks a rule. It’s something that may save your life.

Think ahead so you are always prepared. Ask yourself, which way, how high, how long. An example would be always, when able, be looking for a safe place to land. When flying instruments always know where the nearest airports are on your route.

Be ready for the unexpected.  Anything can happen and it will at the worst possible moment.

Personable. A fun and energetic personality is a plus. You will interact with all kinds of people so being easygoing is a good way to be.

Be inquisitive. If you don’t know, ASK. ATC, (air traffic control), makes mistakes too. Don’t let them kill you.

Be well prepared and be decisive.

Have leadership qualities and the ability to remain calm. Panic never works.

You will always be a student pilot and the learning curve is sometimes steep, but you will learn it or fail or perhaps die.

It is a wonderful ride through time and space. Freedom to travel long distances in mere hours is really cool.

Devote time to learning anything without stress so challenging oneself is a good way.

Aviation is a numeric language of frequencies and headings. Since many pilots were hesitant to do radio work, guess what? They did all radio work until the fear was gone.

Many of my FOs were foreign with English as a second language but they learned and did well.

It is essential to understand clearly what air traffic control,(ATC), has instructed as too many accidents are miscommunications.

You can read about miscommunication accidents here.

Teaching is a challenge, When a student is ready and willing the teaching is easier.

I did thousands of hours of instrument training, both as a Line Captain and as a Training Officer.

Teaching instrument flight became rote for me and when a pilot exhibited the qualities and skills of a good pilot the result was confidence that the pilot could do the job well.

If extra training was needed to develop a skill then whatever weakness was evident became the primary focus. These pilots were going to be flying in the real weather on their own so they needed to be prepared.

It’s what we all went through to become the best we could become.

During the years of flying as a freight dog, I often had new first officers to train. These guys were mostly low-time, thousand-hour Pilots close to the ATP, (Airline Transport Pilot), minimums. seeking to build time in turboprops, so they could qualify for their ATP or their first commercial airline job. Many were CFI’S .

I can honestly say for the most part these guys were good Pilots and they had a decent work ethic. They were eager to master the skill of excellent Instrument flight in the mountains.

My job was to get them up to speed flying hard IFR weather in turboprop airplanes which always flew in the lower altitudes where the weather exists. And in Montana during the winter months, we flew in some pretty tough weather.

The best way for me to know what kind of pilot was sitting in the right seat with me was to let them fly the airplane and it didn’t take long to know if they were worth their salt.  Mistakes are

The majority of these guys had never flown real instrument flying and that was their greatest challenge.

It didn’t take but about 15 minutes to find out what kind of guy you had sitting with you.

I don’t know if there are pilots that are just born for the job but I do know the key to a successful career is to have an insatiable desire to fly as an airline captain.

As with anything some guys took more training than others and when I was lucky enough to get a guy on board that really could fly the airplane it was truly a blessing. It meant I could relax a bit.

I was never a really easy guy to fly with because I expected a pilot to be completely professional and there wasn’t any time for playing because we have a job to do.  There was plenty of time for training, however.  I usually greeted these gentlemen and women by stating, ” you don’t hate me yet but you will learn to”.

The most important part of it though was knowing that when they left me I knew they could fly my own family if I needed them to. I loved seeing these people become very good pilots in a matter of a few hundred hours.

Don’t get me wrong here. I never looked at myself as any great teacher but I knew what to say and show these people how to be safe and make it to the ground in almost any type of emergency. And we had a few of those.

I have said before in some of my articles that I always learned something from every pilot. The pilots that taught me were held in high esteem. The first officers achieved that status as well.

I once had a new first officer that came to me and told me that he had asked one of the other line captains who had trained with me what kind of pilot I was.

He stated that the other Captain told him that when I got into the airplane the seat went right up my ass and I became part of it. It is still the highest compliment I have ever received.

And I think that’s What Makes a Good Pilot. A person that can feel what the airplane is doing and know before you even look exactly where and what needs to be done.

Far too many lives have been lost because of inadequate preparation or training.

Related: Can a Pilot Depressurize the Cabin? (5 Pressurizing Facts)