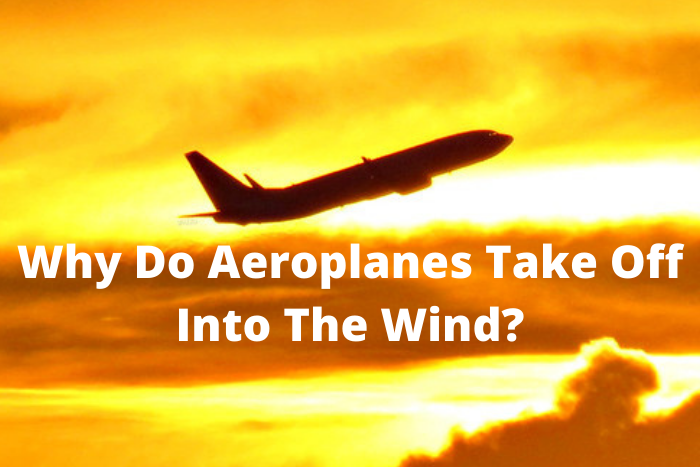 Why Do Aeroplanes Take Off Into The Wind? I wonder?

Does it seem like you take a tour of the airport before you finally get to the runway that you were supposed to take off on?

Then there are other times that you seem to get there immediately.

There are some very good reasons for this. Let’s consider the reasoning.

Why Do Aeroplanes Take Off Into The Wind?

Airplanes  get a bit of help from the wind when taking off due to the extra lift given. The headwind increases the lift of the wing resulting in a shorter takeoff roll allowing the aircraft to achieve rotation speed faster.

Airport runways are built for the prevailing wind conditions.

2. Aerodynamics: The Principles of  Flight

Basic aerodynamics tells about the four forces of flight, which are lift. weight, thrust, and drag.

The lift that is required for an aircraft to fly is supplied by the wing and the relative wind. Any additional headwind will benefit the aircraft airspeed and result in a shorter takeoff roll.

A Cessna 150 will fly at approximately 60 mph so if you have a 20 mile per hour headwind your plane will fly in approximately 1/4 of the distance required to take off in calm winds. This is a bonus as far as getting into the air and also in the wear and tear on the aircraft.

The wind at an airport doesn’t always blow straight down the runway so the aircraft POH (pilot operating handbook) has specific information that the pilot can use to evaluate takeoff and landing performance.

As in everything involved in flying, it is always about being safe. That is the reason for the ‘numbers” that pilots must adhere to for assurance that the flight is safe.

When the wind is blowing ten degrees left of the centerline of the runway the takeoff roll will be increased because the wind is not blowing straight at the nose of the aircraft.

When the “crosswind component” is considered the aircraft may reach a point due to wind that exceeds the aircraft’s limitations and the takeoff should be aborted.

If you cannot keep the nose of the airplane going straight down the runway don’t go already!!!!!

Ground speed is the speed at which the airplane is traveling across the ground. It is the true airspeed plus the wind.

The wind is your friend or your enemy.

In the case of taking off it’s obviously very beneficial because it’s easier for the airplane to get off the ground and it’s very beneficial when you’re in the air and you have a tailwind and you get to go faster.

If you have a head wind when you’re flying then obviously you’re going to go slower in the  amount that the wind is blowing.

Have you ever considered that an airplane can fly backward, or even seem to be hovering?

Let’s consider the good old Cessna 150 again that will fly at about 60 mph.

With a sustained wind of 30 mph the airplane needs only 30 mph ground speed in order to fly  Imagine a 60 mph headwind and the airplane can literally stand still in the air.

I have seen this happen in Casper Wy. where the wind will blow you to Nebraska, years ago when I flew a daily freight run from Denver.

We have discussed why airplanes take off into the wind and we know that takeoffs benefit from headwinds so it is important to note that landing into the wind is equally beneficial for the name reasons. The landing roll is reduced by the headwind.

Once airborne the wind either benefits or hinders the flight.

RELATED: Do Planes Use Less Fuel at Higher Altitudes?