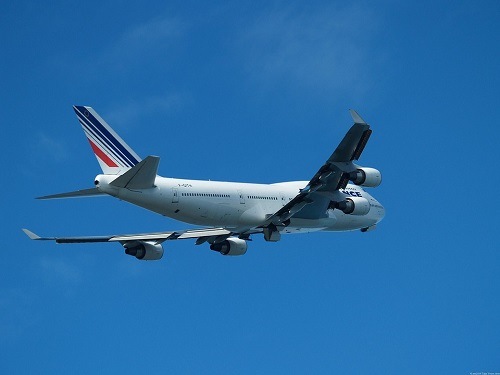 Have you ever wondered, “Do Planes Use Less Fuel at Higher Altitudes?”

There are various subtleties to flying a plane. It’s not simply about jumping the cockpit, starting up the engine, and away we go.

However, I’m sure you’re aware there are instances when a plane will typically fly at a higher altitude.

So, this begs the question, are planes more fuel-efficient at higher altitudes?.

Allow me to answer this for you.

Do Planes Use Less Fuel at Higher Altitude?

There are various reasons why planes use less fuel at higher altitudes. First airplanes are specifically designed to use less fuel at higher altitudes. The cooler and thinner air allows the aircraft to burn fuel more efficiently. Furthermore, these air conditions create less drag on the aircraft so that it can fly faster. This allows the pilot to fly at optimum cruise speed while burning a minimal amount of fuel.

1. Planes Are Designed to Fly More Efficiently at Higher Altitudes

When I look at any aircraft I see its immediate beauty but when I look at today’s modern jetliner I am utterly amazed at the sheer size of the aircraft much less what it is capable of.

When I see a sports car like a Lamborghini or a Ferrari or one of those fancy Italian cars the immediate thought is “my God that thing looks fast and fun.” It appears to be going 100 miles an hour sitting. That’s how I see a jet. Not only do I see a thing that is fast and fun I see an almost living thing because I’ve come to understand that an aircraft sometimes has a mind of its own.

The bottom line is that planes are designed to fly more efficiently at higher altitudes because we want to get where we’re going as fast as we can as cheaply as possible. So we built a machine that would do just that.

Let’s take a quick look at the reasons.

An airplane wing is designed for speed. The shape of it called ” camber” is is the amount of curvature of the wing, which creates the lift of an airplane wing.

Another aspect of the wing is the angle at which it is attached to the aircraft’s body referred to as its sweep. The greater the sweep the faster we go.

The final item is the length of the wing which creates the amount of lift that is necessary at the higher altitudes where the thinner air resides.

We want to be where the thinner cooler air resides so that we can fly faster and obtain proper cooling for the engine.

3. We Can Maximize Fuel Burn at Altitude.

Turbine engines are designed to run at extremely high temperatures. They are built of special heat-resistant alloys combined with air cooling to provide efficient fuel burn and the least carbon footprint.

These high temperatures allow for a perfect fuel to air ratio which maximizes the amount of fuel that is being burned.

We rarely think about the weight of air because it’s such a strange concept. But at higher altitudes, the air is less dense so it weighs less therefore the aircraft engine doesn’t need as much fuel to mix with the lighter air.

The optimum altitude for running these engines is in the mid 30 thousand feet range where air temperatures are found to be approximately minus 50 degrees C which when you add air being forced through the engine you have the aspect of cooling and proper combustion.

All airplanes have an optimum cruising altitude area that is best for the trade-off of the aircraft speed and its fuel efficiency.

4. There’s Less Drag on the Airplane.

Now it’s time to talk about the four forces of flight. They are Thrust. Drag, Weight, and Lift.

Think about driving your car into a headwind of 15 miles an hour. You have to push a heck of a lot harder on the accelerator to get the car to go 60 miles an hour than you would if it was a calm wind. The wind creates drag.

When an airplane is sitting at the end of the runway getting ready for takeoff there are two things to overcome.

Since we know that the density of the air decreases as we increase altitude we also know we have reduced drag. So the higher we go the faster we go. 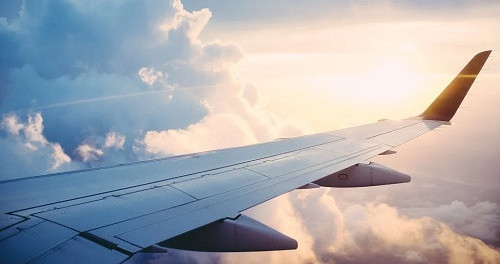 5. The Airplane Engine Has Less “Work” To Do.

This is a bit harder concept to wrap one’s head around simply because we know that altitude increase reduces the amount of oxygen available and engines do not run well without enough oxygen. As a general rule, an internal combustion engine loses approximately 3% of its power per 1000 feet of elevation.

The problem is solved by simply compressing air which increases its density and the engine operates as if it were at a lower altitude.

A turbojet has five different sections. At the front is the air intake, then the compressor section which compresses the air for the combustion chamber, next is the turbine and then the exhaust section, the “I’m out of here” section.

As the aircraft reaches cruise altitude and speed, thrust can be decreased which decreases fuel consumption and the engine burns fuel at the higher altitude more efficiently. Then during descent thrust is reduced further creating more economy.

So hopefully now you have a better understanding of why Planes use less fuel at higher altitudes.

The main reason for this is that the cooler and thinner air allows the pilot to fly at optimum cruise speed.

There is also less drag on the air frame in these conditions so the plane can fly faster while burning less fuel.

Plus, it’s important to note that the incoming cool air will improve the overall performance of the jet engine.

Put it like this, the engine has far work to do. “YES fuel consumption decreases at higher altitudes”.

All things considered, altitude is a pilot’s best friend.

Don’t forget the safety margins included in higher altitude with the unlikely event of both engines failing on a Boeing 737 three hundred the airplane can glide approximately 96 miles so chances are better that you would find an airport suitable for an emergency landing.

RELATED: How Do I Become a Pilot